Perfusion Index Value in Determining the Success of Axillary Block

Axillary block is the most frequently applied block among the brachial plexus blocks. It is widely used in the forearm, wrist, and hand surgeries due to the superficial nature of the nerves in this region, ease of application, high-block success rate, and relatively low-risk of complications.1 The advantages of peripheral nerve blocks are that the patient is conscious, airway control is in the patient, and accordingly, the risk of aspiration of gastric contents is low which reduces the stress response that may occur due to the surgery and trauma, reduces the need for analgesia in the postoperative period, reduces the cost of administration, and shortens the hospital stay.1,2

It creates anaesthesia by temporarily making sensory, motor, and sympathetic blocks in dermatomes belonging to the nerve or nerve group to which the block is applied. Whether the block is effective or successful is decided by the sensory, motor, and sympathetic block levels.2 Routine methods, which evaluate sensory examination such as loss of hot-cold sensation and pin-prick test, require very good communication with the patient, and the evaluation of the results is subjective. After a successful block with these methods, increased blood flow and increased skin temperature, due to the local vasodilation as a result of sympathetic nerve blockade in the blocked area, were evaluated. However, these methods do not respond rapidly in terms of the clinical use in intensive operating room conditions and in the emergency cases where time is important.3-5

Photoplethysmography (PPG) has been extensively used for pulse oximetry monitoring the anaesthesia perioperatively in intensive care. The perfusion index (PI) is derived from PPG signal and represents the ratio of pulsatile on non-pulsatile light absorbance or reflectance of the PPG signal. The PI determinants are complex and interlinked, involving and reflecting the interaction between the peripheral and central haemodynamic characteristics, such as vascular tone and stroke volume.6 Recently, there have been various studies that shed light on the performance of this variable, especially evaluating the success of regional or neuraxial block. The perfusion index provides more quantitative information about peripheral circulation and gives an advantage in eliminating the deficiencies of other methods.7

The aim of the study was to determine the perfusion index (cut-off) values to indicate successful axillary nerve blocks performed under ultrasonography (USG) guidance.

This study was conducted at the Department of Anaesthesiology and Reanimation, Faculty of Medicine, Adıyaman University Training and Research Hospital, between July and August 2020, following the approval of the Ethical Committee (No. 18/05/2020; 05/24) and after obtaining written informed consent from the patients. The study included a total of 50 patients between 18 and 65 years of age with an American Society of Anaesthesiologists (ASA) status of I-II, who underwent an axillary block due to the elective hand, wrist, and forearm surgery operations. Patients with a neurological deficit and peripheral artery disease, mental retardation, alcohol or drug abuse, allergy to local anaesthetic agent, morbid obesity, coagulopathy, chronic analgesic therapy, diabetes mellitus, those who were pregnant, and those with contraindications to axillary block, were excluded from the study. The demographic characteristics (age, height, weight, and gender) and ASA risk groups of the patients were recorded.

Prior to the blockage, electrocardiographic data (ECG), heart rate (HR), respiratory rate (RR), non-invasive blood pressure (from the contralateral arm) (BP), and peripheral oxygen saturation (SpO2) were monitored. The vascular access was established from the contralateral arm using a 20-gauge intracath, and a crystalloid infusion at 10 mL/Kg/h was begun. The patients were administered 0.01 mg/Kg of intravenous (IV) midazolam (Zolamid 5 mg/5 mL, Defarma, Turkey) and 1 µg/Kg of fentanyl (Talinat 0.5 mg/10 mL, Vem Ilac, Cerkezkoy, Turkey). All the patients underwent blockage and received 2-4 L/minutes of oxygen through a face mask throughout the operation. To measure the perfusion index (PI), a pulse oximeter sensor (RZ-25 adult sensors Masimo SET® Radical™ pulse oximeters; Masimo Corp, Irvine, CA USA) was attached to the arm to be blocked and then to the other arm. This was also connected to the Rad-7™ Pulse CO-oximeter device.

Following the baseline data recording, the axillary block procedure was begun. While the patient was lying in the supine position, their heads were turned to the opposite side of the side to be blocked. The arm to be blocked was brought to abduction and external rotation; the forearm to flexion and supination. For the block procedure, the patient's head was moved. The area to be injected was cleaned with povidone-iodine. Before the block, the gel was applied on the linear probe of the Siemens’ brand USG device and covered with a sterile nylon sheath. After the block area was covered, sterile local anaesthesia was performed with 1 cc 2% lidocaine (Jetmonal 2%, 20mg/ml, Adeka, Turkey). An in-plane image was obtained with USG by applying sterile gel to the area to be treated. Then, the motor response of the terminal branches of the brachial plexus (median, ulnar, radial, and musculocutaneous) with a 22G 50 mm needle isolated against electrical leakage using a neurostimulator (StimuplexDig®, B-Braun, Germany), together with the ultrasound device is 0.2-0.8 was evaluated by giving mA electrical stimulation. Extension of the fingers or wrist was evaluated as the adequate response for the radial nerve, flexion of the second and third fingers for the median nerve, flexion of the fourth and fifth fingers or adduction of the fist for the ulnar nerve, and flexion of the forearm for the musculocutaneous nerve. After these terminal branches of the brachial plexus were identified, a separate injection of local anaesthesia was performed with a needle perpendicular to the ultrasound probe.

The injections were administered by performing a negative aspiration test. For the block, 20 ml 0.5% bupivacaine (Buvicaine 0.5%, 5 mg/ml Polifarma) and 10 ml lidocaine were prepared separately. A total of 30 ml (20 ml bupivacaine+10 ml lidocaine) local anaesthesia was used in all the patients.

The peripheral oxygen saturation, heart rate, non-invasive arterial pressure, and PI values measured from both extremities were recorded at the 5th, 10th and 20th minutes, after the block application was completed.

Sensory blockade of each nerve was evaluated by pin-prick method in sensory dermatomes related to the sensory areas and graded as score 0 (no sensation), score 1 (dull sensation), and score 2 (sharp pain felt). Motor blockade was evaluated by using a modified Bromage scale as 3 (elbow flexion against gravity force), 2 (wrist flexion against gravity force), 1 (finger movement), and 0 (no motion).4 The PI values at the minutes and at this moment, when the pin-prick test was positive, were recorded. The modified Bromage scale and the PI values at the minute the score was 2 and 3 and at this time were recorded. The patient was given surgery after 20 minutes of observation. Intraoperative HR, SpO2, diastolic arterial pressure (DAP) and systolic arterial pressure (SAB) values of the patients were recorded. The surgical time was recorded.

The data were analysed using the SPSS 21.0 program. The G*Power (v3.1.9) program was used to determine the number of samples. The effect size was calculated as 0.8 based on the mean value of perfusion indices obtained from a previous study. When the power of the study was 95%, the effect size was 0.8, and α error was 0.05, it was calculated that at least 20 patients should be included in the sample. However, 50 patients were included in the study group because the minimum sample size required to perform ROC analysis was 50.8,9 Counts, percentages (%), mean, and standard deviation (SD) values ​​were used for descriptive statistics. Descriptive data were patients' age, gender, BMI, smoking status, ASA scores, duration of the surgery, surgery scores, systolic arterial pressures, diastolic arterial pressures, heart rate, and peripheral oxygen saturation. The quantitative data were determined to be suitable for normal distribution by the Shapiro-Wilk test, histograms and Q-Q plots. For normally distributed data the Unpaired t-test was performed on the independent groups. For non-normally distributed data repeated measures ANOVA test and Friedman’s test were used on the dependent groups. While the application of the block was taken as an independent variable. The Perfusion Index Rate (PI), which indicates the development of the block, was taken as the dependent variable. In the study, receiver operating characteristic (ROC) analysis was applied to determine the PI rate, sensitivity, and specificity values which indicate the development of the block. The p<0.05 value was considered statistically significant. 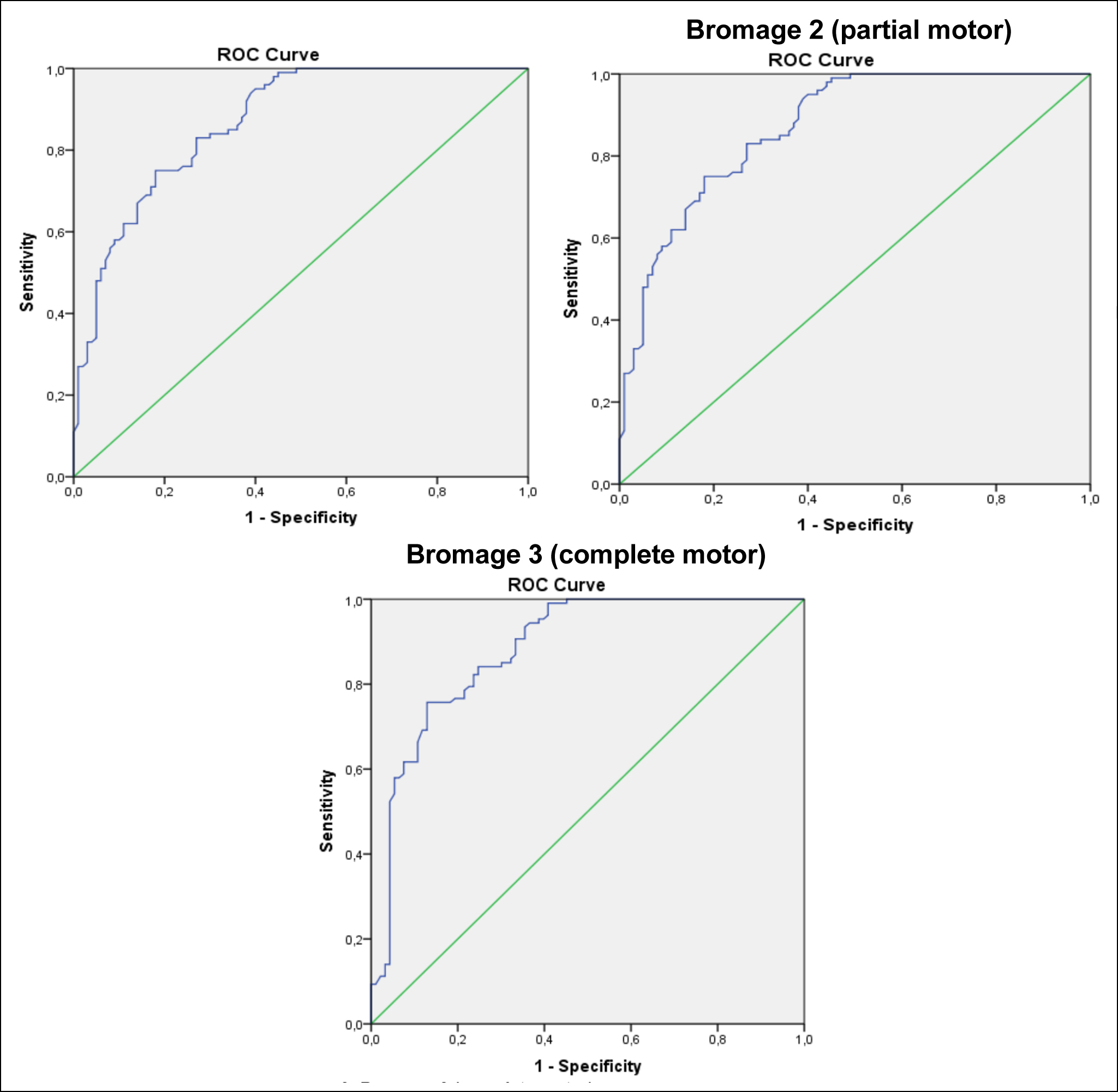 Table I: The difference, among the 5, 10, and 20 minutes PI average before and after the block between the non-blocking and the blocking arm.
Table II: PI ratio threshold values of the blocks and ROC analysis results.

Block success was evaluated using PI in patients who underwent peripheral block. Galvin et al. evaluated the change in PI in the patients with an axillary and sciatic block, and concluded that PI was simple, early, objective, high-specificity, and high-sensitivity compared to the traditional methods in patients with axillary and sciatic blocks. In the same study, a 1.55-fold increase in PI compared to the baseline values, ​​was evaluated as a successful block, and it was observed that these values ​​were reached at the 10th minute in the axillary block and the 12th minute in the sciatic block.11

Eskin et al., applied supraclavicular, interscalene, and infraclavicular blockades in equal numbers to the 60 patients aged 18-60 years with an ASA score of I or II, who were undergoing upper extremity surgery, and observed PI values. Initially, PI values were measured non-invasively at the 10th, 20th, and 30th minutes and in the post-anaesthesia care unit. A statistically significant increase in PI values was detected in all the patients after a successful brachial plexus blockade. According to the first determined values, the mean rate of change in PI was found to be significantly higher in the interscalene group than in the supraclavicular and infraclavicular groups (p <0.001). It has been shown that PI application can be used as a non-invasive standard monitoring method in determining the success of brachial plexus blockade.13

Visual guidance provided by USG, which is increasingly used in regional anaesthesia practice, has enabled the visualisation of the needle site, drug distribution, and important anatomical neighbourhoods as well as nerve localisation.14 In the present study, the authors performed an axillary block with USG and peripheral nerve stimulator (PSS). With the use of USG, it is easier to find anatomical landmarks. As the practitioner gains experience in the use of USG, the success rate of the block increases, the onset time of the block is shortened, the side effects and the volume of local anaesthesia decrease. Thus, the quality of the block increases and the need for additional anaesthesia and analgesia decreases.15 The purpose of using USG in this study is direct visualisation of anatomical structures (tissue, vessels, muscles, and tendons) and the localisation of the nerve, direct visualisation of the spread of the local anaesthetic agent during injection, and an attempt to prevent accidental displacement of the needle through this imaging. In addition, it is to reduce the risk of toxicity by reducing the dose of local anaesthesia and to provide a longer and quality block.

Pulse oximetry perfusion index is a sensitive and simple method that can be used to evaluate the success of axillary block. The cut-off value, indicating successful block for the rate of sensory block and modified Bromage scale PI, was determined as 1.7 times and the motor block PI ratio as 1.9 times.

PATIENTS’ CONSENT:
Informed consent was obtained from all the patients/relatives before the study began.