ABSTRACT
Objective: To determine the efficacy of trastuzumab-based treatment in patients with HER2/neu-positive metastatic gastric cancer.
Study Design: Observational study.
Place and Duration of Study: Department of Medical Oncology, Istanbul University, Institute of Oncology, Istanbul, Turkey, between January 2014 and December 2020.
Methodology: The clinicopathological characteristic and treatment data of patients with HER2/neu-positive metastatic gastric cancer were recorded retrospectively. Kaplan-Meier analysis was performed to compare the chemotherapy regimens.
Results: Sixty-three patients were included in the study. The average age was 61. Female patients accounted for 27% of the total, while male patients accounted for 73%. De novo metastatic cases accounted for 44 (69.8%) of the total number of patients. The median survival time was 13.6 (8-19.3) months. Complete response was 6.3%, partial response was 39.7%, and the stable response was 9.5% with trastuzumab-based chemotherapy. The overall survival (p= 0.45) and progression-free survival (p=0.893) were similar for different chemotherapy regimens. The grade 1-2 to grade 3-4 toxicity ratio was 79.6% and 20.6%, respectively. The patients’ performance (p<0.001) and the number of metastatic sites (p=0.001) were both shown to be unfavourable predictive variables for OS in multivariate analysis.
Conclusion: The addition of taxane to trastuzumab-based combinations (with platinum and fluoropyrimidine) did not affect overall and progression-free survival in this research. Three or more metastatic sites and poor performance status were found as the unfavourable prognostic variables for overall survival.

Gastric cancer is the fifth most seen cancer globally.1 The majority of individuals with gastric cancer have no symptoms. The most prevalent symptoms are weight loss and severe stomach pain.2 Many risk factors have been identified including, smoking, advanced age, obesity, family history, smoked foods, and helicobacter pylori infection. Early gastric tumours that are surgically treatable, are typically asymptomatic and only diagnosed occasionally outside of the screening programs. Many gastric cancer patients have presented with metastatic disease at diagnosis.

Fluoropyrimidine-, platinum-, and taxane-based combinations are commonly used to treat metastatic gastric cancer. Capecitabine with fluorouracil and cisplatin with oxaliplatin have a similar effect on the survival results in gastric cancer.3 As a result, they can be used interchangeably in different protocols.

This study was a retrospective observational analysis that included the HER2-positive mGEJC and mGC patients diagnosed and treated at the outpatients clinic of Istanbul University, Oncology Institute, Istanbul, Turkey, between 2014 and 2020. The local Ethics Committee approved this study (2021/229154). Patients were identified using the hospital's database. All the patients with metastatic HER2-positive gastric cancer, who received first-line treatment and whose data could be accessed, were included in the study. Patients whose data were not suitable for the statistical analysis, were excluded from the study. The clinical, pathological, and treatment features of the patients were recorded. HER2 receptor status was tested in both immune-histochemistry (IHC) and Fluorescence In-Situ hybridisation (FISH). The patient's performance was evaluated using the Eastern Cooperative Oncology Group (ECOG) criteria.

Chemotherapy was given every three weeks. Three chemo-therapy regimens were C+T (capecitabine and trastuzumab), PF + T (platinum, fluoropyrimidine, and trastuzumab), and DCF+T (docetaxel, cisplatin, fluoropyrimidine, and trastuzumab), and were compared in the study. Trastuzumab was administered as an intravenous infusion on day 1 of the first cycle at an initial dosage of 8 mg/Kg followed by 6 mg/Kg every three weeks. Fluorouracil (800 mg/m2 per day administered by the continuous IV infusion on days 1–5 of each cycle) and capecitabine (1000 mg/m2 given orally twice a day for 14 days followed by a 1-week respite) were engaged as fluoropyrimidine. Platinum was utilised in chemotherapy regimens as oxaliplatin (130 mg/m2, IV infusion each on three weeks) or cisplatin (60 mg/m2, IV infusion each on three weeks). In the DCF + T regimen, docetaxel was administered at a dose of 60 mg/m2/day through IV infusion at every three weeks. The Response Evaluation Criteria in Solid Tumours (RECIST) were performed to detect the treatment responses. All the chemotherapy regimens were compared for overall survival (OS) and progression-free survival (PFS). All the adverse events related to chemotherapy were recorded.

SPSS 25 was used for all the analyses. Continuous data were reported as median (minimum-maximum) values, whereas categorical variables were provided as numbers and percentages. The normal distribution of continuous variables was evaluated with the Kolmogorov-Smirnov test. The log-rank test was performed to analyse OS using the Kaplan-Meier technique. The Univariate and multivariate analyses were conducted using the Cox regression model. A p-value under 0.05 was used to determine statistical significance.

The subjects included 63 metastatic cancer patients who were treated with first-line chemotherapy. Tumour samples of all the patients were 3+ on IHC and positive on FISH. All the patients had a tumour with adenocarcinoma histology. The average age was 60.5 ± 11.1 years with 17 (27%) female and 46 (73%) males. De novo metastatic cases accounted for 44 of the total number of patients (69.8%). The patient characteristics and treatment responses for the chemotherapy regimens are shown in Table I.

Table I: Patients’ characteristic and objective tumour responses based on RECIST. 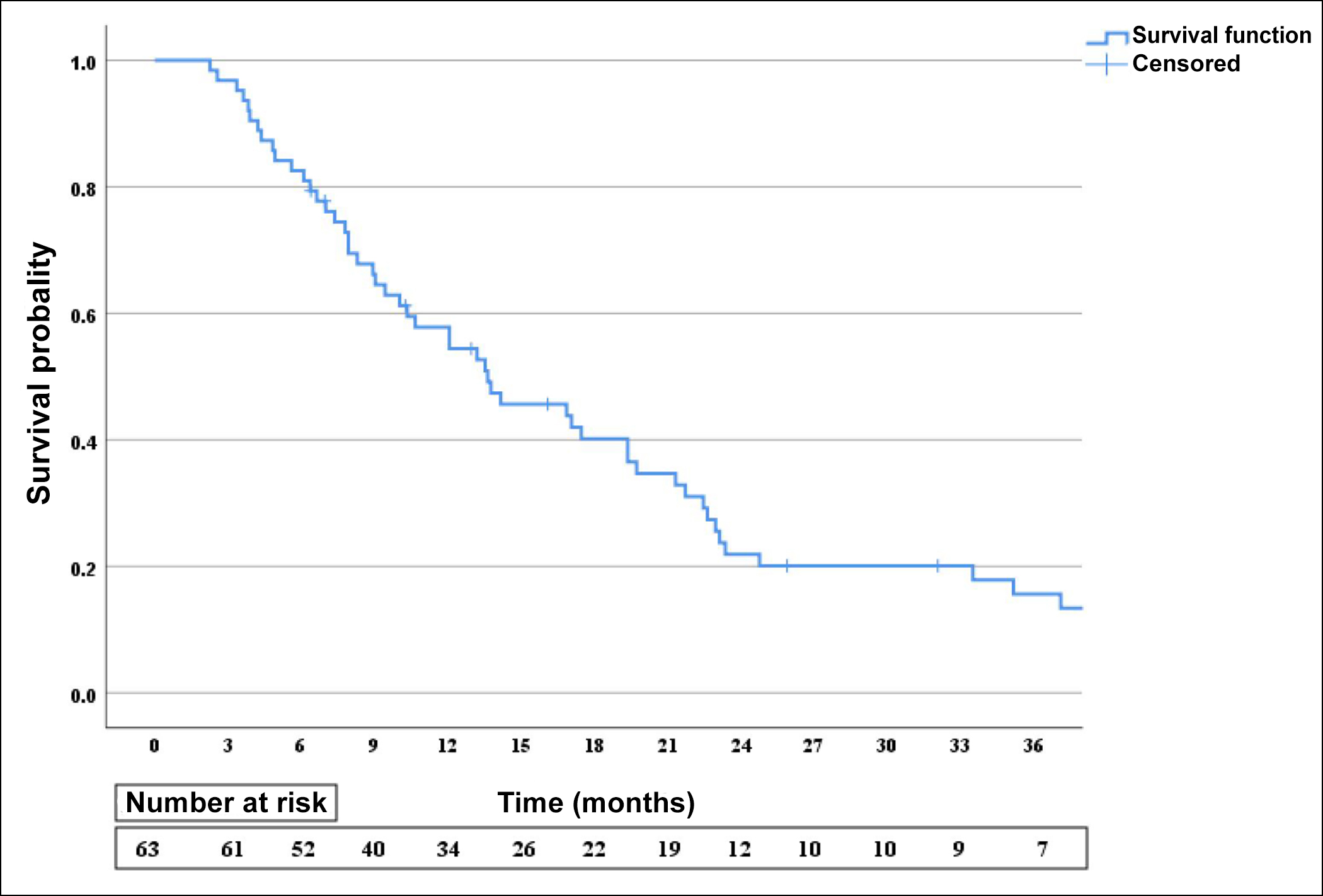 Figure 1: Overall survival of the patients by Kaplan-Meier curve. 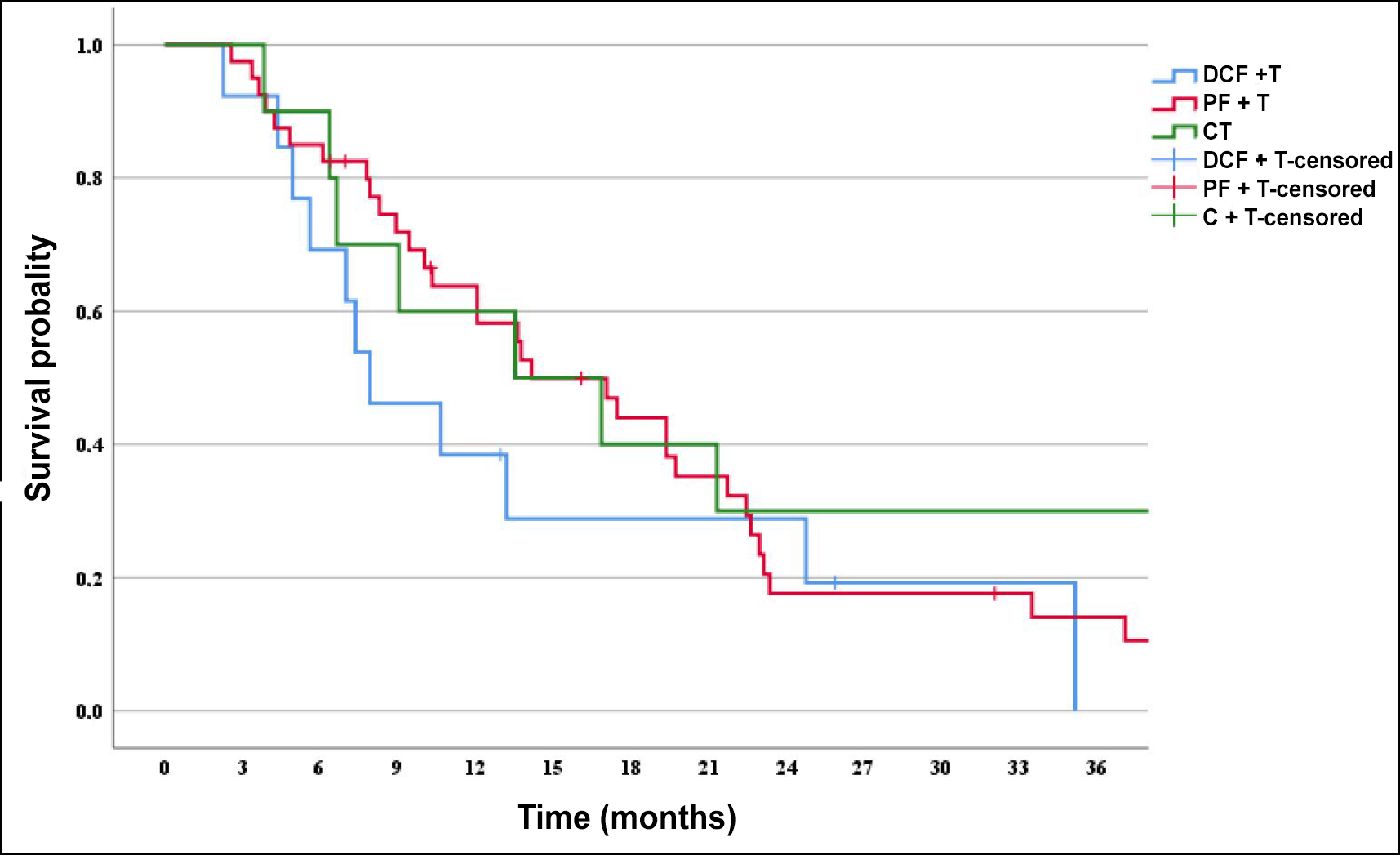 Figure 2: Comparison of the overall survival for chemotherapy regimens.

Chemotherapy is used to relieve symptoms (including malignant dysphagia), enhance the quality of life, and extend survival in patients with mGEJC and mGC. In this study, adding taxane to fluoropyrimidine, platinum, and trastuzumab did not improve PFS or OS in patients with metastatic HER2-positive mGEJC and mGC. The good performance status of the patients before the treatment and the low tumour burden has affected the course of the disease.

It is known that a multi-drug chemotherapy regimen is superior to a single-drug chemotherapy regimen in patients with mGC. The data comparing the different trastuzumab-based chemotherapy regimens for HER2-positive mGC is limited. The present study found that the DCF+T regimen was superior to the C+T regimen but not the PF + T regimen for OS. All the chemotherapy regimens were well-tolerated, and the authors did not observe any cardiac adverse events. Unlike this study, a Turkish Oncology Group (TOG) study published by Gurbuz et al. showed that adding taxane to trastuzumab-based therapy increased OS, although it did not affect PFS in the HER2- positive mGEJC and mG patients.16 In this study, no significant difference was found between the groups in terms of toxicity. This can be explained by the limited number of patients included in the study.

The ECOG performance status at the diagnosis, receiving second-line treatment, and having three or more metastasis sites were prognostic factors for the OS. There are yet no predictive biomarkers for trastuzumab response. The level of HER2 gene amplification was correlated with the efficacy of trastuzumab-based chemotherapy in the advanced gastric cancer patients.8 The median OS of the patients in this study was similar to the TOGA trial. Tumour samples of all the patients were 3+ on IHC and positive on FISH in this research. In the TOGA trial, the IHC3+/ FISH positive patient group benefited more from the trastuzumab-based chemotherapy. From this perspective, survival results seem somewhat low. This situation might explain that the heterogeneous patient groups.

In case of disease progression after trastuzumab treatment, there was a marked difference in the disease prognosis in patients who continued with trastuzumab-based therapy and patients using a different chemotherapy regimen. In a study conducted on the patients with HER2 positive mGC and resistant to the treatment, loss of HER2 receptors was observed in 60.6% of the patients.17 In preclinical investigations, activation of the PI3K-AKT-mTOR signalling pathway by the deletion of the PTEN suppressor and mutation activation of PI3K has been shown to induce trastuzumab resistance in the breast cancer patients.18 Trastuzumab resistance may result from the intratumoural heterogeneity in gastric cancer.19,20 In case of response to trastuzumab at first-line therapy, a retrospective study found that trastuzumab continuation after six treatment cycles were effective and safe in HER2-positive mGC patients.21

Many studies have evaluated the efficacy and adverse events of different HER2 targetted agents in patients with HER2 positive mGEJC and mGC. A Phase III study demonstrated that adding lapatinib to capecitabine and oxaliplatin did not improve overall survival except for the subgroup included Asian patients.22 The JACOB trial showed that adding pertuzumab to trastuzumab and chemotherapy did not improve OS in patients with HER2-positive mGC and mGEJC compared to placebo.23 In the patients with HER2-positive mGC, who were previously treated, the GATSBY trial found that trastuzumab emtansine had no better results than taxane for the survival.24 In previously treated HER2-positive mGC patients, trastuzumab deruxtecan therapy has improved the results of response and OS compared to the standard treatments.25

There were several limitations to this research. The research was retrospective and the patient groups studied were heterogeneous. The number of patients was low, and some information about clinicopathological features was lacking.

In conclusion, OS and PFS were not affected by adding taxane into trastuzumab with a doublet chemotherapy combination (including platinum and fluoropyrimidine). Trastuzumab and combination fluoropyrimidine or platin in treating HER2-positive mGC was effective and well-tolerated. Different agents targeting HER2 receptors have been used to treat HER2-positive metastatic stomach cancer; the combination of trastuzumab and doublet chemotherapy is still the standard approach in first-line therapy. Comparative studies are limited in the literature to determine the most appropriate trastuzumab-based therapy in mGEJC and mGC. This study is one of the rare studies on this issue. But, randomised prospective studies with the large numbers of patients are required to determine the appropriate treatment combination with trastuzumab in treating HER2-positive mGEJC and mGC.

ETHICAL APPROVAL:
The ethics committee of the Faculty of Medicine, Istanbul University approved this study (2021/229154).

PATIENTS’ CONSENT:
For this type of research, informed consent is not required.