Brucella Prosthetic Infection in a Patient with Total Knee Prosthesis

ABSTRACT
Brucella infection is often an occupational disease of veterinarians, agricultural workers, and slaughterhouse workers. The infection is generally spread by contact of broken skin (open cuts or wounds) with infected animal tissues or by ingesting unpasteurized milk and dairy products from the infected animals. Brucellosis, which can have many different clinical presentations, may rarely cause joint prosthesis infection. There is not enough literature about the treatment of such infection which should be kept in the differential diagnosis, especially in endemic regions. We aim to present diagnostic and treatment approach of Brucella prosthetic infection in a 70-year woman with total knee arthroplasty.

The most frequently reported pathogens in total knee prosthetic infections are Staphylococcusaureus and coagulase-negative staphylococci which are responsible for more than 50% of the cases. However, though rare, atypical pathogens can be detected in these infections.1 The frequency of osteoarticular involvement in brucellosis has been reported at rates ranging from 10% to 85%.2 Post-prosthetic Brucella infection is a very rare occurrence and usually cannot be diagnosed in the early stages.3

In this case, we aim to emphasise that Brucella spp. should also be considered a factor in periprosthetic knee infections in endemic areas and present our management approach for Brucella prosthetic infections, where no consensus exists about the treatment.

A 70-year woman diagnosed with knee joint osteoarthritis underwent total knee prosthesis at another center about 5 years ago and presented to our clinic with pain in the left knee region.

Figure 1a: Anteroposterior direct radiography before the surgery.

The anamnesis of the patient revealed that she was diagnosed with brucellosis two years ago and received 3-month combination treatment of rifampicin and doxycycline. When she presented to our clinic, she had the complaints of intermittent fever. Physical examination revealed no swelling in the knee area but an increase in heat and sensitivity during rest and movement. 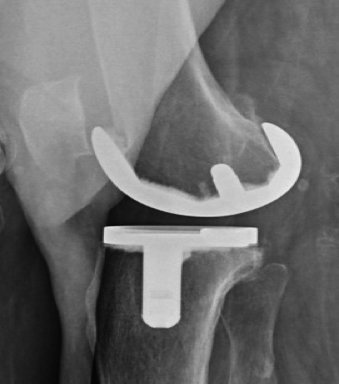 Figure 1b: Lateral direct radiography before the surgery.

The laboratory findings were: Leukocytes, 4,250/mL; erythrocyte sedimentation rate (ESR), 50 mm/1sth; and C-reactive protein (CRP), 59.4 mg/L. A consultation from the department of infectious diseases was requested which suggested joint fluid culture for differential diagnosis and the Rose Bengal and Coombs Wright tests. Since the patient had no fever, blood culture was not performed. The Rose Bengal test was positive, and the Wright with Coombs test was positive at 1:80 titer. The patient was taken to the operation room, and 150 cc of physiological saline solution was injected into the patient’s knee joint under sterile conditions, and the joint was aspirated.

Figure 3a: Anteroposterior direct radiography after the revision prosthesis.

Figure 3b: Lateral direct radiography after the revision prosthesis.

The aspirated joint fluid was sent for culture, cell count, Gram, and Giemsa staining. It was also put into the blood culture bottle. The cell count was found to have a 65% lymphocyte dominance of 420 cells/mm,3 and no bacteria was seen. The joint fluid in the blood culture bottle revealed growth of Brucella spp. However, no growth was detected in the standard joint fluid culture. Identification of the growing microorganisms was made in the hospital microbiology laboratory using VITEK 2 Compact (Biomerieux Clinical Diagnostics, France). The Brucella subtyping could not be carried out therefore, no information could be obtained on this matter. In addition, antibiogram studies were not performed for Brucella. The Coombs Wright test was repeated after 2 weeks. It was positive at 1:640 titer. Recurrent brucellosis was considered in the patient. In addition, a two-stage surgical treatment was planned for the patient who showed signs of loosening on the anteroposterior, lateral radiography, and septic loosening as a result of leukocyte-marked scintigraphy (Figure 1a,b). During surgery, the infected prosthesis was removed, and the joint was debrided. Joint lavage was done with 3g rifampicin added 6000 mL of physiological saline solution and a spacer with 1.1g gentamicin was applied (Figure 2). In addition to 3-month rifampicin (600 mg/day) + doxycycline (100 mg/day), the patient was given 2 weeks of ceftriaxone 2 × 1g intravenous (IV) and 4 weeks of trimethoprim/sulfamethoxazole (TMP–SMZ) at the beginning. Rifampicin was discontinued in the first month of treatment because of a side effect (liver toxicity), and TMP–SMZ was continued. After the liver enzymes normalised, rifampicin (600 mg/day) was restarted. The CRP and ESR values were normalised during the follow-up. After treatment, joint aspiration and culture studies were repeated. After negative culture and normalisation of laboratory findings, the patient underwent a revision knee replacement (Figure 3a,b). No complications were observed in the postoperative course and follow-ups.

Brucella infection of total knee prosthesis was first described in 1991. Brucellosis is a zoonosis that rarely affects osteoarticular tissue. Prosthesis infection due to the Brucella is very rare in the literature.1

Diagnosing prosthetic infection associated with Brucella is very difficult. In reported cases, only 30% of blood cultures and 75% of joint aspiration cultures were positive. The cultures of intraoperative samples provided the best diagnostic efficiency.4 In the present case, bacteria of the genus Brucella were grown in the intraoperatively taken joint fluid injected into a blood culture bottle which has an enriched medium. The Coombs Wright test analysis, which is necessary for the diagnosis of brucellosis, was positive at 1:80 titer. A positive value of >1:160 is necessary for the diagnosis. In the Brucella serum agglutination test (SAT), the most common test used in practice, the presence of a titer of >1:160 and accompanying clinical signs are diagnostic of acute brucellosis.2 However, false negativity may be seen in the Brucella SAT, called the prozone phenomenon (excess antibody), sometimes in the presence of blocking antibody or antibody at low serum dilutions and high titer in the serum during the early stages of the disease. It is recommended to continue dilutions up to at least 1:320 to 1:1280 to prevent the prozone phenomenon.5Also, in the cultures such as joint fluid culture, the reproduction times are reported to be longer than those in blood culture due to the lower bacterial density. Cultures of these fluids are recommended to be kept for up to 4 weeks, or enriched media such as blood culture bottles should be used.6 Previous studies reported that definitive diagnosis can be done using active isolation in tissue and/or blood culture in patients who could not be diagnosed with brucellosis using serological tests.7

In addition to the difficulty of diagnosis, no consensus exists on the type of treatment for Brucella prosthetic infection, antibiotics to be selected for the treatment, treatment duration, and the recommended prosthesis re-implantation period if the prosthesis is to be removed.3 In some studies, rifampicin (600 mg/day) + doxycycline (100 mg/day); in others, rifampicin (600 mg/day) + doxycycline (100 mg/day) + streptomycin 1 g/day; and in some, TMP–SMZ or a combination treatment with gentamicin have been suggested. Various studies have reported a treatment duration between 6 weeks and 76 months.1,4 Combined treatments are generally preferred, and many authors recommend a minimum of 6 weeks of treatment.4 Rifampicin, doxycycline, and streptomycin are the preferred agents in the most cases.8 Tassinari et al. treated Brucella infection with rifampicin and doxycycline for 8 weeks in the patient with total knee prosthesis who did not show radiological prosthesis loosening symptoms.1 Erdogan et al. reported the patient who was only treated with rifampicin and doxycycline without any surgical intervention. The diagnosis of this patient was made with the reproduction of Brucella melitensis in the material obtained from the sinus tract. As the radiological images of the knee did not show any signs of implant loosening, the patient was treated with the antibiotics only.8 Some studies also reported that debridement and two-stage revision surgery in patients with prosthesis loosening were a more suitable treatment method.9 The optimal duration between the removal of the infected prosthesis and revision surgery is not known. For this reason, revision surgery is recommended to be performed only when cultures are negative and laboratory parameters are normal. Marbach et al. used long-term antimicrobial agent and a two-stage revision in a patient with prosthetic joint infection due to the Brucella spp. and experienced no complications during or after the treatment.10 No information is available on the regional treatment of Brucella prosthetic infections. However, some studies suggested that systemic antibiotics could be used locally for the knee.3 In the present case, in addition to the 3-month rifampicin (600 mg/day) + doxycycline (100 mg/day) treatment, the patient was given 2 weeks of ceftriaxone 2 × 1 g IV and about 4 weeks of TMP–SMZ at the beginning. The reason for not preferring streptomycin in the initial combination treatment was to avoid ototoxicity because of the old age of the patient. Ceftriaxone, one of the alternative treatments suggested by the World Health Organisation, was therefore preferred. In addition, the prosthesis was surgically removed and debridement, irrigation with rifampicin, and a local gentamicin spacer were applied. Revision knee prosthesis was performed after the patient received adequate doses of systemic treatment for the 3 months and when the joint fluid culture was negative. The follow-ups did not show any complications.

Brucella infection should be considered in the differential diagnosis of painful total knee arthroplasty with or without loosening in endemic regions. Although serological methods are used for the diagnosis of Brucella, the culture of joint fluid samples in multiple blood culture bottles is more efficient method for isolating the organism. Although only antimicrobial therapy seems to be sufficient for the patients with painful infected knee prostheses without loosening in the literature, we believe that in addition to the systemic treatment, joint lavage with rifampicin-added saline solution and gentamicin spacer may reduce the regional recurrence of Brucella infection, especially in  Brucella prosthesis infections with implant loosening.

PATIENT’S CONSENT:
Written consent was taken from the patient.

AUTHORS’ CONTRIBUTION:
SNK, SI, AOU, SAC, BA: All the authors equally contributed in the development and completion of this manuscript.